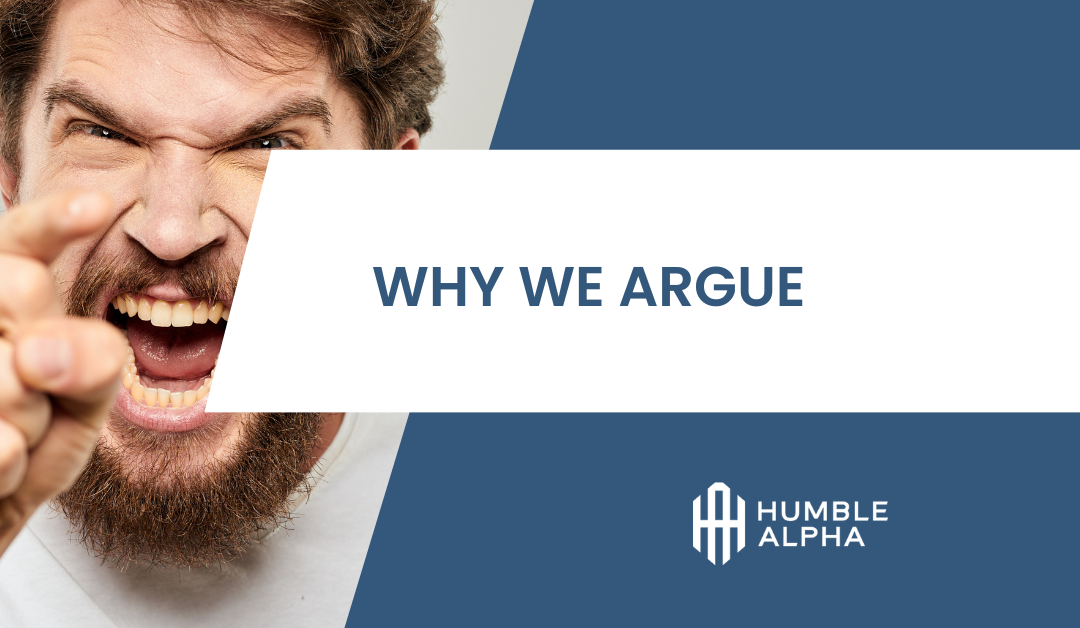 Think back to your last argument, how did it feel before, during, and after? What was the gut feeling, and how did you cope with the argument days after? Did you worry, think about what you could have done differently, build up hate for the other party, or in general just blow it off?

There is a saying that I believe is “if it’s out there, it is in here”. This basically means, if something is bothering you, it is actually something bothering you about yourself. Hard to fathom, but true if you really are honest with yourself as to your actions.

In the distant past, if someone said something about my mother, I would be fighting immediately. I was frustrated for many years, frustrated about what I did and did not do in Iraq, in the war, in my marriage, and with myself. It all adds up so when I had a chance to let it out, I indulged and fought, and I fought a lot for a few years to the point I was known in Berlin, Germany for fighting.

This is not something I am proud of, I am filling you in on the past, so you can now understand the present: I am no longer frustrated with all those things, therefore if someone says something about my mother now, I simply laugh and feel empathy for the person because they are clearly frustrated about something in their life. Obviously, I don’t let people walk on me or attack me; that is a whole different subject, but to touch on it, my belief is that I as a man must have the ability to become dangerous when I have to protect and defend, so I am not saying be a pushover, just so we are clear.

It all goes back to owning your presence, it really does. And that comes through knowing who you are in the world, why you are valuable and that creates the certainty everyone longs for because then you are unshakable.

We preach certainty because it allows you to let go of the “how” you will do anything, because when you are certain you know “it” will happen, in turn, you don’t worry about how it will happen. The concept is simple; getting there is not. It takes work and effort, focus, and living consciously.

When you are certain, those frustrated people out there who troll and try to aggravate you have zero power, and that is a beautiful thing. Of course, we can say it is a waste of energy to argue with such persons, but that is not a solution; a solution is being certain of your value, being certain of deploying your talents in any given situation.

This is just one small example of how we take successful business owners from grinding every day in their business to a visionary leader who is on the cutting edge of their business. They continue by building an ecosystem that generates more revenue while the leader has delegated, empowered, joined forces with others and removed themselves from the day to day, so they can focus on their passion projects and or scaling their business